Fermentation VS Rotting. What's the difference ?

Fermentation VS Rotting. What's the difference ?

Food fermentation is defined as it is a conversion of sugar and other carbohydrates into alcohol or organic acid & carbon dioxide.

Fermentation refers to the metabolic process by which normal glucose or organic molecules converted into the alcohol, acid or gases in absence of oxygen.

Fermentation is a controlled biological reaction by yeast which digests sugar & starch and outputs alcohol, carbon dioxide and vinegar.

Rotting is defined as it is uncontrolled process of decay caused by bacteria or fungal action. 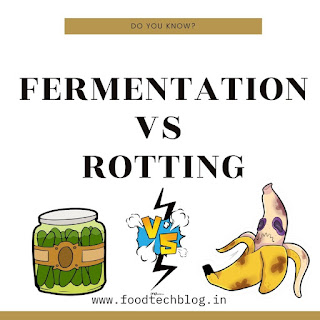 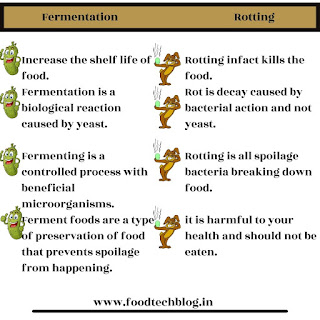