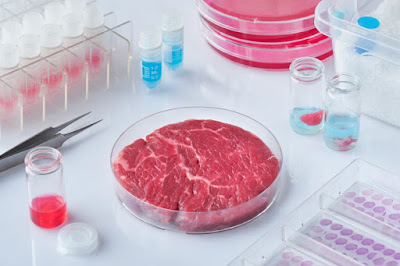 Lab Grown Meat or Culture Meat is a meat grown or produced in a lab by using in vitro cell culture of animal cells. As we know that human have been eating meat since incident times by killing animals but now technology is searching meat without slaughtering the animals and culture meat turning that vision into reality, its totally possible to grow meat in a lab or outside the animal's body & is called culture meat".

130 Million chickens are slaughtered by human per day for (food) consumption and 4 millions of pigs. 3 billion animals killed every day for food. Billions of animals see life as they know it end in a slaughterhouse. When we imagine cultured meat we having lots of scary imagination about cultured meat but in actual isn't. Cultured meat is produced by same tissue engineering which is used in the degrative medicines. The concept of lab grown meat or cultured meat is popular in early 2000s by Jason Matheny.

Mark Post showcase a proof of cultured meat in front of world by making the first burger patty grown from cell culture in 2013. Culture meat patty its combination of around 20,000 thin standard muscles tissue, cost $ 300000 & takes 2 years of time period to produced. It has estimated that the price would probably fall or decrease to $10 by 2021. The first restaurant to serve cultured meat is in Israel. 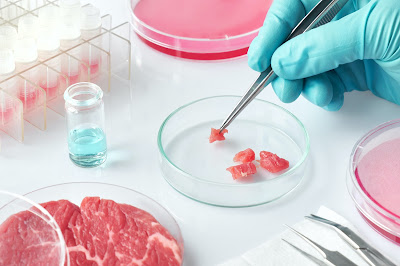 The cell used in process come from a cell bank so no need of slaughtering of animals. Cells can be taken from biopsies of live animals & the nutrient supplied to the growing cells from plants. Cultured meat produced without slaughtering of an animals, in bioreactors.

At initial stage the cultured meat would be limited & it would be more expensive than conventional until production scaleup. Cultured meat is more ecofriendly compared to conventional meat 45% or less energy used, 99% less land required, 96% produces fewer greenhouse emission. 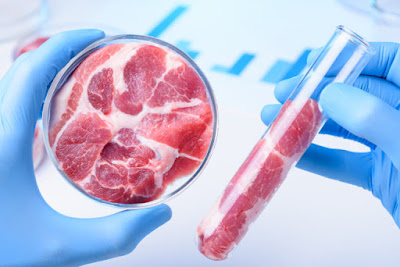 If you have any doubt please let me know...